...that they all may be one! New Here?Give

The YMCA was introduced in Haiti for the first time in 1966 by the YMCA of Argentina. This movement, which was managed by a reverend, did not last. Several other attempts have been made in the 70’s but none of them were successful. The YMCA of Venezuela attempted implementation experience in the 80’s, this initiative also proved futile.

In 1999, the World Alliance of YMCAs mandated the YMCA of Canada to help revive the movement in Haïti. The YMCA of Montreal sent a team to work with the existing YMCA leaders in Haiti at that time. had long been interested in taking the leadership to establish a YMCA in Haiti. 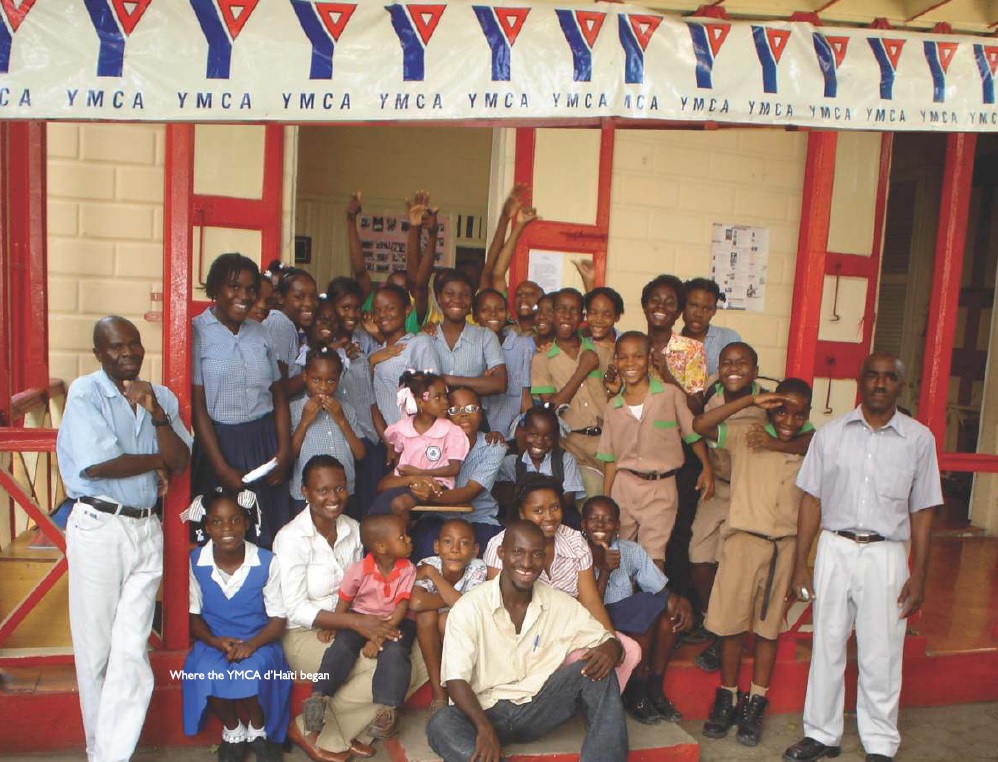 The Konbit Community Center opened its doors on Monday, October 1, 2001 and on October 14th the young adults organized a cleanup, painting, and decoration of their new location.  The activity of bringing a community to achieve a coordinated task is called in Creole Konbit, whence came the name of the first youth center of the YMCA d’Haïti.  The Center was officially inaugurated in March 2002 in the presence of delegations from both the YMCA of Montreal and the Dominican Republic, representatives of civil society and NGOs, the Haitian Government including Mr. Herman Nau, Secretary of State of the Youth and Sports Ministry.

The earthquake of January 12, 2010 revealed the strength of our institution as it was able to effectively manage the World Alliance YMCA’s relief plan.  It propelled our YMCA into a more aggressive second phase of development and it also made it possible for us to offer a new start to our youth immediately after the earthquake.

This natural incident also strengthened our relationship with the YMCAs of the USA through the Y-US-World Service which created the International Coalition of YMCAs in providing us with additional capabilities. In addition, the great partnership we had with Ridgewood YMCA and the Wells Mountain Foundation was transformed into an extraordinary partnership/relationship to an extent that our centers are built using containers and are para-seismic structures.  In 2016, the YMCA d’Haïti served eight thousand seven hundred and fifty youth and adults in ten different communities and continues to build the capacity of youth and their parents.

As early as in the third quarter of 2016, the YMCA d’Haïti, in collaboration with its partners, created a new 2017-2020 strategic plan to guide its third phase of development. This plan includes the establishment of an Education Fund and an Emergency Reserve Fund to ensure the continuity of our programs and the construction of a modern YMCA. The Bolger and Wells Mountain Foundations, the Association of Friends of the YMCA d’Haïti, Haitians in Haiti and abroad along with the YMCA partners are the pillars upon which the YMCA d’Haïti rests for the implementation of this strategic plan and the successful completion of its third phase of development.

It is with such success, we can now look forward to a bright future and start planning to equip our country with a modern YMCA with renewed confidence.  This flagship building will help perpetuate the movement, broaden the base of our clientele while continuing to offers services to youth and adults from all walks of life.